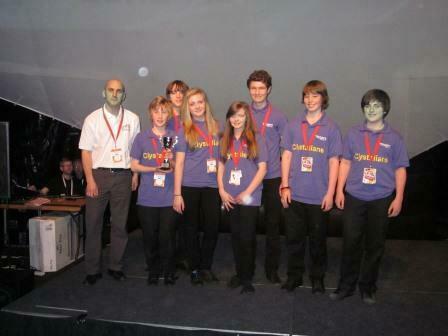 On Thursday 14th March 2013, seven students from Clyst Vale attended “The Big Bang Festival” at the ExCel Centre in London. They travelled to London for the National Final after winning their regional event held in March at Exeter University. Only 16 teams from schools across the UK made the final, including teams from Scotland, Northern England and Wales.

Clyst Vale Community College was the only team from the South West to reach the final of the Landrover 4×4 Challenge. The students were entered as rookies, as for them this was a new STEM (Science Technology Engineering and Maths) project in which they had to build, modify and develop a remote controlled, to scale off-road vehicle. They were judged on their teamwork, engineering skills, driving ability, presentation and pit display, and sought off stiff competition to become National Class Two winners!

The College would like to thank the supporters of the students and recognises the hard work the team have put in to achieve such a triumph. The sponsors include Parker Bell, Tozers and ISCA Forwarding.

If you would like to find out more about our STEM group or are in a position to support us, please contact Dr Turl or Mr Hewlett at the College.

Clyst Vale in the News!