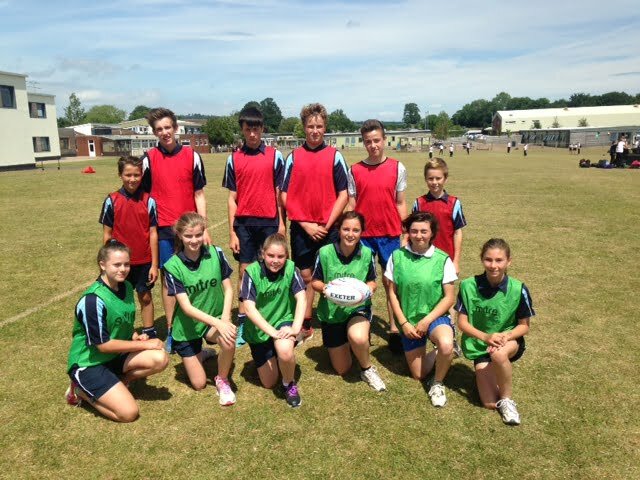 The two teams, who displayed magnificent levels of passion, attitude and teamwork throughout their campaigns, played with one of the official Countdown Host City balls, as Exeter’s Sandy Park are hosting three games in the Autumn.

The game was played in warm conditions, with Wales running out narrow 8-6 winners. The girls pushed the boys all the way with great handling skills and pace.

The week long tournaments were brilliantly attended and participated in by both the boys and girls, with over 180 students taking part in the separate tournaments. During the games, students from year groups 7-10 combined to compete in a team, within their School. Each student who took part can proudly say that they were part of the 2015 Festival of Rugby which leads up to the 6 week tournament, kicking off at Twickenham on September 18th.

Well done to all the students: