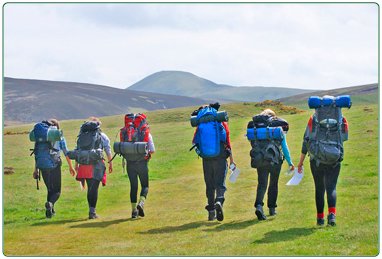 The Duke of Edinburgh Award goes from strength to strength at Clyst Vale. On Wednesday 10 July we held a Parents’ Evening for parents of Year 9 students interested in the Bronze Award, and were delighted that 20 parents attended. A total of 35 students have expressed an interest; 36 are completing their bronze, 14 silver and 7 gold. These are impressive figures; many state schools also offer one level of the award, and our numbers compare favourably with independent schools, where D of E is often part of the curriculum. It’s a fantastic award, too – although the expedition element grabs the attention, there are three other components of volunteering, developing and using a skill, and physical activity (the Gold Award has a fifth element – a residential). Expeditions are based in East Devon (Bronze), the South West Coast Path in West Dorset (Silver), Dartmoor (Gold practice) and the Brecon Beacons or sometimes the Mountains of Mourne in Ireland (Gold).

None of these would be possible without an amazing team. In College, Miss Barratt and Mr Eales coordinate the programmes as well as lead the expeditions; several members of teaching and support staff are involved in expeditions at different times; we have great support from former Governor and Clyst Vale parent Graeme Robb, and from Brian Cherrett, the regional D of E Coordinator and also former Clyst Vale parent. 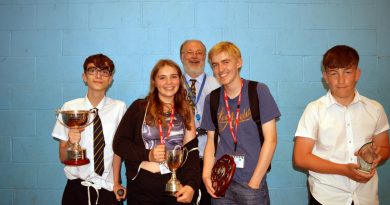