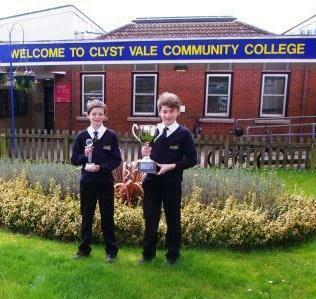 Congratulations to the Clyst Vale team of Jack Jeffery (Y8) and Lewis Beer (Y9) who were victorious in the Devon Schools’ Golf Championships held at the Exeter Golf & Country Club on 19th March. They were competing against 40 schools and 120 competitors in the three man team event, in which the two best scores count. With only two in their team, the pressure was on both boys to perform well and they didn’t disappoint. Lewis (handicap 18) shot a round of 86 on the par 69 course, while Jack’s round of 80 meant that, with a handicap of 19, he won the title for the best individual Stableford score.

Clearly, both boys are dedicated golfers from golfing families! They play and practice weekly at Exminster Golf Club, and we at Clyst Vale are really proud of their dedication, achievement, and reflecting the College in such a positive light.

The boys now go on to compete in the National Schools’ Final on 8th and 9th July at the prestigious Woodhall Spa Golf Club in Lincolnshire, home of Golf England. We wish them every success!

Cambodia – The Trip of a Lifetime 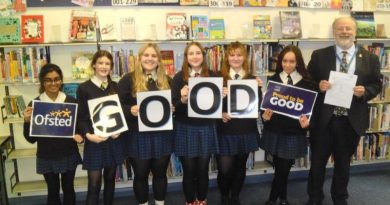