The Clyst Vale allotment was nothing but an idea in January 2008.

Following various student proposals, plans and investigations, letters were sent to the National Trust to put Clyst Vale Academy on the waiting list for an allotment at the current site directly opposite the College.

The purpose of acquiring an allotment was to benefit groups of selected students, some of whom may be experiencing difficulties within mainstream classrooms. The aim was to enable students to access learning across several curriculum areas such as Science, Maths, Environmental Studies and Food Technology while at the same time developing life skills such as problem solving, planning, communication skills, social awareness and self awareness. 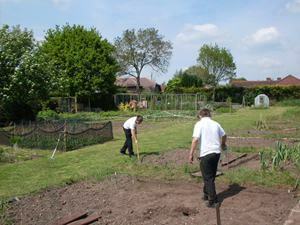 As the allotment site is owned by the National Trust and used by the wider community, there are also opportunities to meet with the local community outside the school environment and learn about forming positive relationships in a social setting. In May 2009, we were delighted when the National Trust contacted us to confirm that we could have a large plot which featured seven large overgrown beds whereupon we set to work clearing the plots, planning the beds and planting for the season.  As we approach our third successful growing season, we wait with anticipation for this season’s crop. 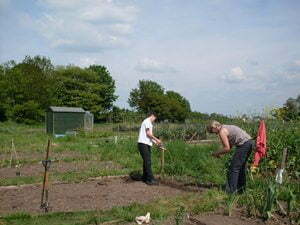 Fun Day Out at Bude