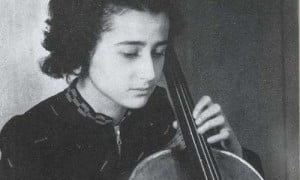 On 1st February, three other students, Mrs Padden, Miss Matthews and I attended an eye-opening event at Exeter Cathedral. The event was to commemorate Holocaust Memorial Day and we had the privilege to hear Raphael Wallfisch and John York (a world-renowned cellist and pianist) perform a duo. Also, we heard the astonishing story of Anita Lasker-Wallfisch, an Auschwitz survivor.

Anita grew up in a Jewish family, and in 1942 her parents were arrested and deported; she never saw them again. In December 1943, she was sent to Auschwitz and probably would have been killed if it wasn’t for her cello-playing skills. She was a member of the Woman’s Orchestra of Auschwitz, and was required to play marches when the slave labourers left in the morning and when they returned in the evening. She was then moved to the Belsen camp, where she had almost nothing to eat. 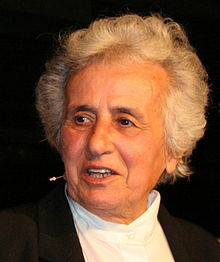 In April 1945, the camp was liberated and she became an interpreter for the British Army. She then moved to England and married Peter Wallfisch, and became a professional musician, co-founding the English Chamber Orchestra. Throughout Anita telling this heartbreaking story her son played gorgeous pieces like Beethoven or Bloch, which made the emotion to the story much more real.

A thing that hugely surprised me was how organised the Holocaust was. Something that Anita said that stuck with me was ‘mass murder so efficient. Mass murder with no waste’. Another moment that sent chills up my spine was when she said, ‘the cello saved my life.’  The fact that if Anita could not play the cello she would have died is shocking, and makes me realise how lucky I am to be living in the era and country I live in.

Throughout this whole event I felt an overwhelming range of emotions, but the most overpowering one was sorrow. When you hear the figures of how many people were killed during the Holocaust they become just numbers, but when you hear someone’s individual story, and you can feel what they felt during their experiences, you realise how harrowing this genocide was.