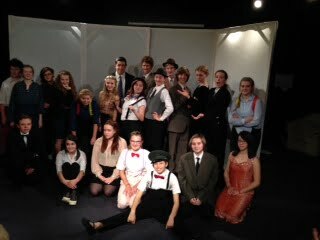 We have high hopes for our Year 11 GCSE Drama group, and this week’s presentation of scenes from “The 39 Steps” was brilliant, even better than anticipated. “The 39 Steps” is a melodramatic comedy based on the Hitchcock film of the John Buchan book, and requires some disciplined and complex acting – it’s often said that comedy is the hardest thing to do well on the stage. It demanded comic timing, pauses, changes of pace, a lot of non-verbal communication and facial expressions, and our students were superb. I have never seen as many parents at a GCSE presentation evening, and we all had a really good time. It’s not just about a few talented performers, although there were several fantastic performances, but about the whole group: it was just as pleasing to see how much other students had grown in confidence, and the teamwork was magnificent.

It would be unfair of me to single out individual students, as all of them contributed to sending me home smiling. However, I can thank Ms Ruscoe for selecting such a good play, and for her skill in developing the group, and to Guy and Lara for their technical support. 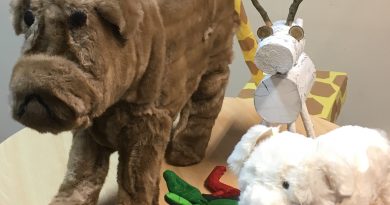