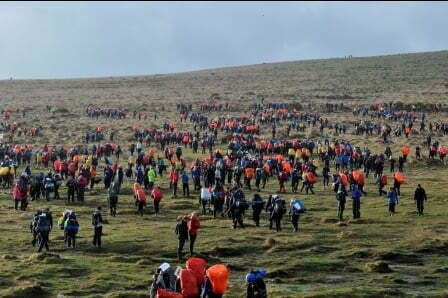 It had all looked so promising the weekend before Ten Tors, with the fine dry weather! But as the Ten Tors weekend drew closer so did the high winds and rain making Dartmoor even more challenging…

A group of Clyst Vale students, who have been training on the moor since November, were joined by three students from Colyton Grammar School and one from Torquay Girls Grammar School to form two teams of six. One team comprising Year 9 and 10 students would attempt to tackle the 35-mile route, whilst the other team would be attempting the 45-mile route.

Both teams did exceptionally well and we’re all very proud of them: the 45-mile team returned to cross the finish line at 1pm, so well ahead of the 5pm deadline for finishing. They looked exhausted but very happy and proud of their achievement.  Collecting their medals and pasties made it all worthwhile!

The 35-mile team completed their route at 3pm on the Sunday which was a fantastic achievement, succeeding in the challenge over the many hills and tors of Dartmoor. The all girl 35-mile team even had to contend with a very strict kit check (scrutineering) by the Army on the Friday to ensure they had all the correct safety gear before they were even allowed to start the event. There were even some tears at the end from the sheer emotion and the huge physical effort they had all put in over the weekend because, as anybody who has ever done it will tell you, Dartmoor is never a forgiving place anyway and it’s made even harder carrying all the kit and battling the elements too!

A huge well done to all the other Clyst Vale students who also took part with other organisations! We saw many of them around the Army camp on the Friday as everyone got ready for the challenge with safety briefings, scrutineering, route planning as well as some fun with live music and a giant conga around the whole campsite.

Ten Tors this year was great. As the majority of our 45 mile team had completed the 35 mile challenge last year, we had an idea of what to expect. Nevertheless, this year brought some new surprises.

On the Friday we all travelled to Okehampton where we planned our route, managed to escape srutineering and met other teams in the evening. A change of schedule was in store from last year, a live band was organised by the camp for all the teams. After a lot of dancing and Alex managing to crowd surf we took part in the annual conga line, which involved almost the entire camp and was led by a 55 mile team. So after the Macarena, Hokey Cokey and Cotton Eye Joe we all settled down to a game of cards before retreating to our tents for the night. Friday night blessed us with rain and strong cold winds which resulted in little sleep and made the 5am wake up even harder!

At 7am the cannon was fired and we were off, hundreds of teams raced down the hill to the first tor. Saturday was a very wet and long day and after 14 hours of solid walking we camped at Middle Staple Tor (tor 7).

With a slightly delayed wake up of 4.55am, we set off and checked in at 5.55am at our tor and headed to our final checkpoints. Whilst walking we met and encouraged various other teams and put up with very unpredictable weather (sun, rain, wind and hail) never knowing what was coming next.

Finally at 1.00pm we crossed the finish and were greeted by many cheering spectators. Crossing the line has got to be one of the best feelings I will experience! Once we had collected our medals we all sat down to a much deserved warm pasty! Overall the weekend was a great success and a truly unforgettable experience.

I could not have personally asked for a better team and a special thank you to Zoe, James and Bertie who joined our team and were excellent team members. 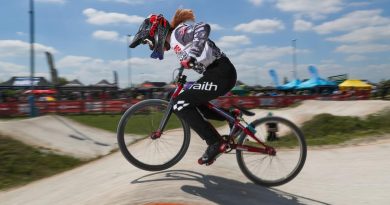