On a Monday lunchtime the Sports Hall is packed.  It is great to see lots of budding hockey players getting to know the rules and learning new skills. Clyst Vale Year 7-9 hockey team went to play St Peter’s and had great success. The team played well together with good wide passing and clear block tackles defeating the attack.

The report below was written by captain Nathan Cutting. 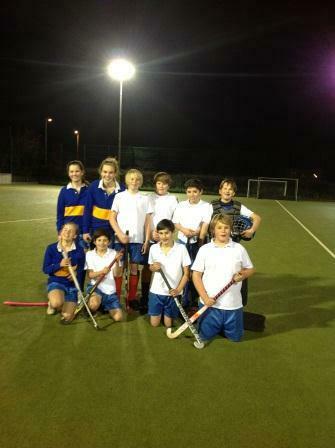 First goal scored by Nathan Cutting set up by passes from Hazel Teasdale & Scarlett Gray.  Despite good work from the whole team, St Peter’s equalised before half time.  After a hard fought second half, Hazel ran half the length of the pitch passing two defenders and scoring the winning goal straight through the goal keeper’s legs.

Well done to Nathan Smeath for some excellent defence as sweeper and Matt Beer & Tom Bray for some good tackling and passing out to the wing setting up attacking moves.  Also well done for the good work by goal keeper Paddy Gray.

Graduates of the ‘Unlocking Potential’ programme