It’s very sad that the planned celebrations to commemorate 75 years have almost all been cancelled, especially as this is the last “landmark” anniversary that most surviving veterans will see. Even though there were just five adults and three students on site, we still honoured the occasion. The 11.00 silence was observed at the Harry Patch memorial garden, and one of the students played her violin which added a touch of poignancy. VE Day was of course a day of euphoria, relief and hope; for men like Harry Patch who had bravely fought for King and Country but who realised the stupidity and futility of war, it meant peace and a chance to rebuild a better future.

[Harry Patch was the “last fighting Tommy” from World War I. He died in 2009, aged 111. Harry had a connection with Clyst Vale through Mrs Padden and her family, who met Harry on a number of occasions. As a consequence, Clyst Vale celebrates “Harry Patch Day” every 22nd September. This was the day in 1917 during the Battle of Paschendaele that Harry and his three best friends were hit by an exploding shell, and only Harry survived, although seriously injured; he described this as his personal remembrance day.] 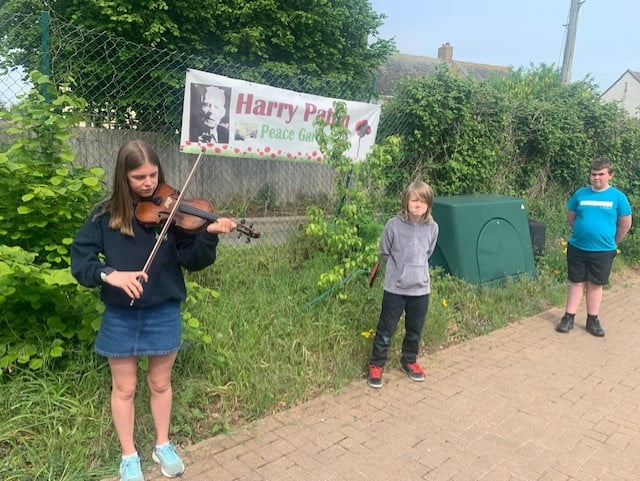