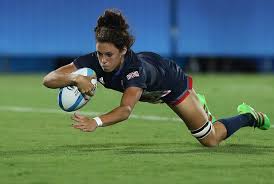 Former student Abbie Brown helped Team GB to fourth place overall at this summer’s Rio Olympics. Team GB lost out to New Zealand in the semi-final, then lost to Canada in the Bronze Medal match, however beat them convincingly earlier in the group stages.

Abbie started and played in every game, being a key player for the side, scoring two key tries in the quarter final win over Fiji. Abbie, however was not the only former student to feature in the games, with Sara Cox officiating in the 7’s. 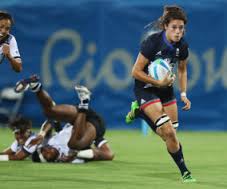 Abbie’s successes follow on from her Under 20 and full International honours in the 15 and 7 a side games for England. She has certainly done the whole College proud with her efforts and we wish her the very best for her future career.