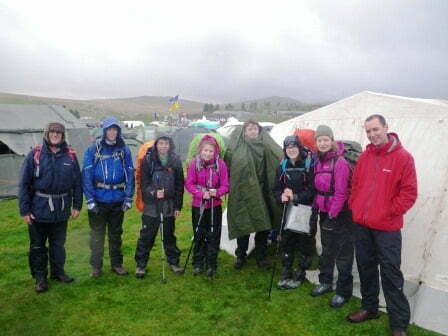 After months of training, Thursday 7th May 2015 saw us head to Okehampton Army camp to set up our school base camp ready for the Ten Tors Challenge that weekend.  Many thanks to Steve Aplin who, along with Graeme Robb and me, setup in fine weather for a change! Six Year 10 students arrived at the Army camp on the Friday morning having been wished good luck and waved off from College in the minibus.  Friday saw them settle into camp, attend the mandatory scrutineering (kit check), safety briefings and plan their assigned route in detail before enjoying the atmosphere of the event and the build up to the start.  Many thanks as well to Cathy Sharkey and Chip Gimbuta for joining us and staying the Friday night to help get things organised, the food sorted, and everything ready for the start at 7am on Saturday morning.

“After spending the whole of Friday at the Army Camp planning and preparing for the long weekend ahead, we woke up to music at 5:00am on Saturday morning.  We then made our way to the Start to join the other 2,400 people ready to take part.  The cannons fired and all the teams went their separate ways to their 1st checkpoints (in the rain).  Our team of India Sanger-Anderson, Harriet Gilmour, Alexa Tipper, Finn Manning, Zac Waterman and Nathan Elliott headed to Prewley Moor with the weather clearing up and staying that way for the rest of the weekend.  By the evening we had made it to Via Tor between 6 and 7, and setup camp in Postbridge after walking for 12 hours straight and covering over 20 miles.  Unfortunately we were one member short.  We rose at 4:00am on the Sunday morning to cross the Finish line at 12:57pm where we received our medals and pasties!”

But that’s not the whole story because as they mention, they were unfortunately one team member short.  This was Zac, who had no problems with the training in the months leading up to it, but unfortunately suffered a serious asthma attack on the Saturday afternoon between Standon Farm and Whitebarrow.  This was a real shame both for him and all the hard work he put in and also for the team as they were making excellent progress.  But we’re incredibly proud of how all six members of the team dealt with the incident, first using their training, then activating the emergency button on their satellite tracker, before Dartmoor Rescue Group arrived to help and summoned in the helicopter to airlift Zac back to the Army Camp medical centre.  When Graeme Robb and I met Zac at the medical centre he was very pale, but after an hour or two he had returned to full colour and his parents came to collect him.  We then asked the Army Ops team to send a message back to the remaining five via their satellite tracker to let them know that Zac was okay.

As Zac didn’t cross the finish line he doesn’t get a medal, nor does the team get a Ten Tors certificate as the whole team didn’t cross the finish line.  So in recognition of all the hard work Zac put in during the training and the first part of the actual challenge, we presented him with a special certificate on Thursday.  But the main thing is that everyone returned safely from the challenge, and although we hope we never need to use it again, it’s good to know that all the training and the safety backup systems work well together.

Big congratulations also to all the other Clyst Vale students, both past and present, who also participated in the event with other organisations.  A special mention must go to Etienne Sharkey who completed the 55-mile route at the weekend, getting back before our school team completed their 35-mile route, and who has now done all three of the 35, 45 and 55 mile routes!

The Ten Tors challenge is just that, a real challenge, no matter what the weather, and a well-kept secret from the weekend was that the BBC and the Blue Peter Presenters were there attempting it too!  They were attempting Route A and got about half way around their route.  So if you want to see just how tough the challenge is then we’d recommend checking out Blue Peter on Thursday 21st May, as we’re told it should be broadcast then. 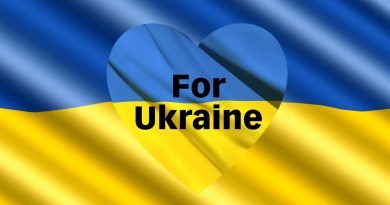