Earlier this term, in connection with the World’s Largest Lesson, our Year 7 students were encouraged to write poetry on the subject of Climate Change.

Miss Watts and Mrs Foulds, who judged the competition, were so excited by the responses received!  The poems submitted were of very high quality, and selecting a worthy winner turned out to be an extremely difficult task indeed.

In the end, first prize was awarded to an anonymous entry, entitled “I am the earth”, which ultimately was agreed to be the unanimous winner.

The complete list of prizes awarded were as follows:

All of the poems have been printed here, for your enjoyment.

Congratulations to all of these young poets for their excellent efforts on this difficult but important issue.

And if the anonymous Year 7 winner recognises their poem and would like to contact Miss Watts or Mrs Foulds, they would love to know who you are! 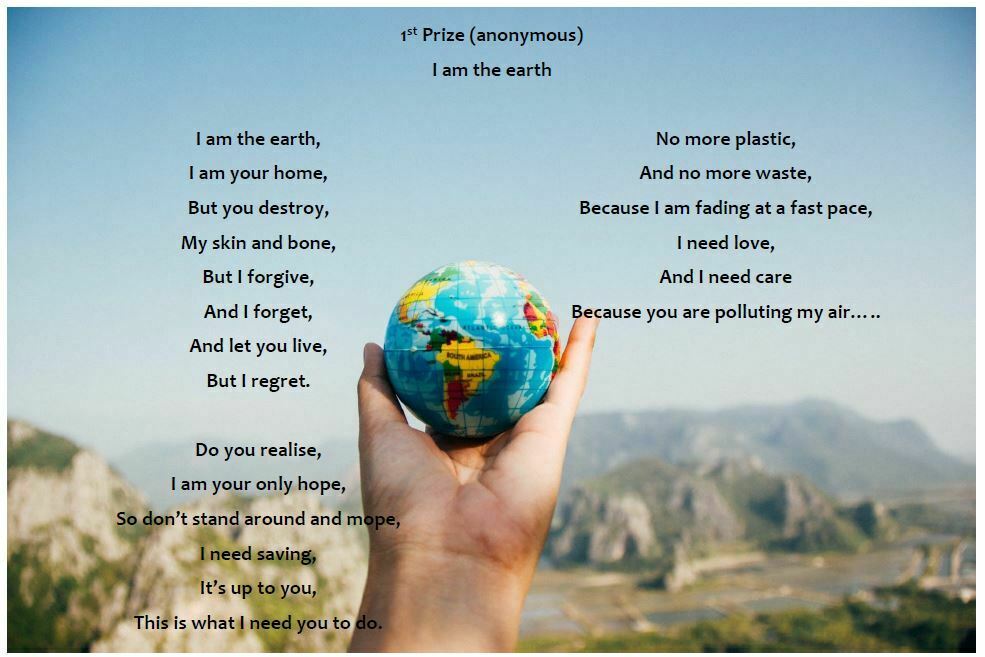 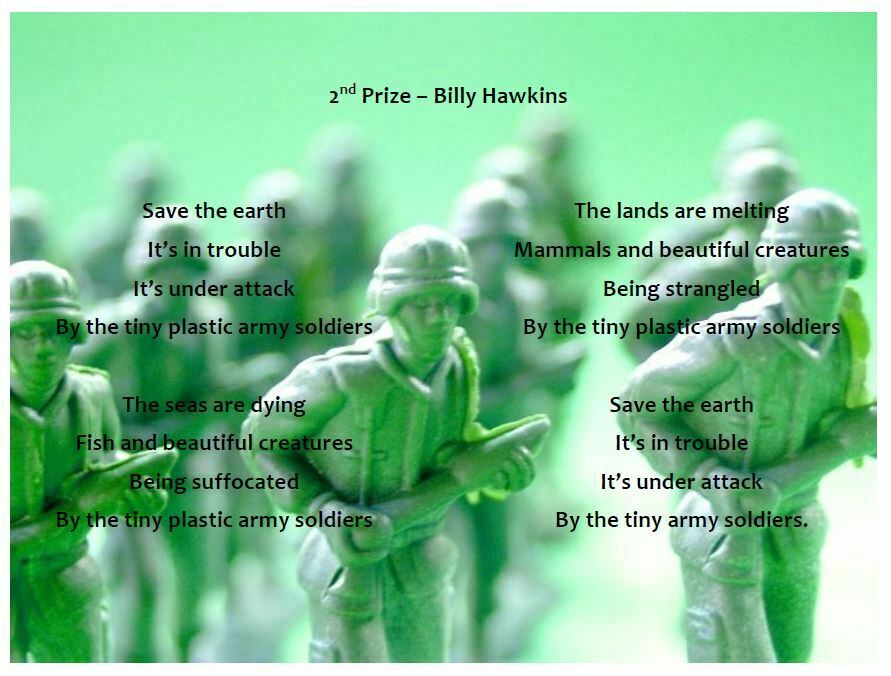 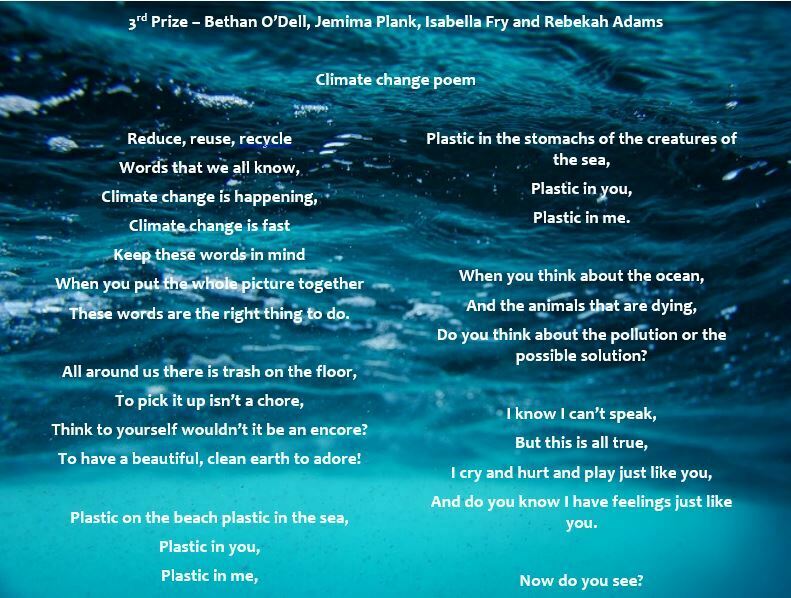 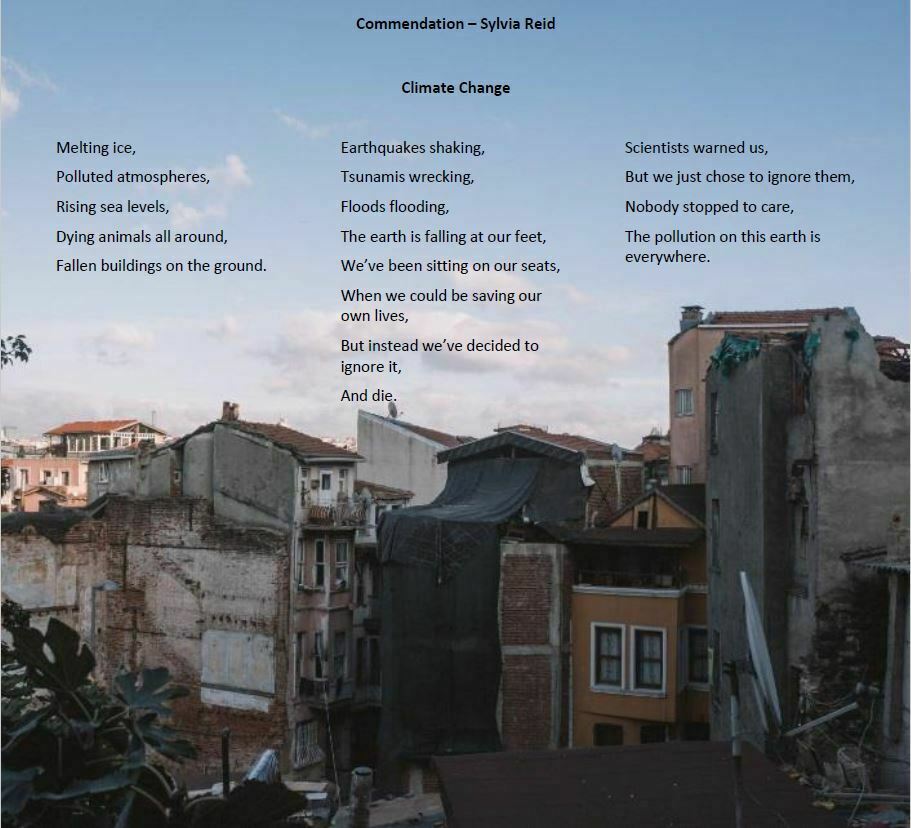 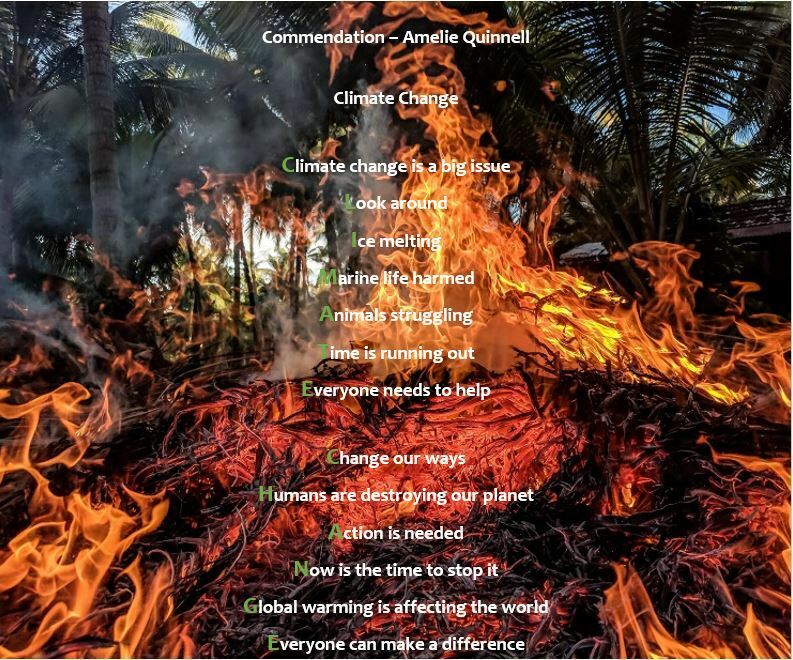