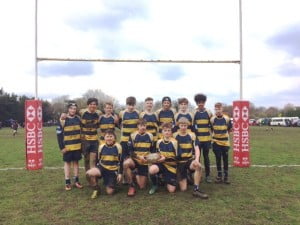 Congratulations to the U14 Boys who finished runners up in their group at the World renowned HSBC Rosslyn Park Rugby 7’s. The national tournament hosts boys and girls from all across the globe and is acclaimed as the biggest school Rugby 7’s tournament worldwide.

The Under 14’s followed in the footsteps of Y11 boys and U18 girls teams, which in 2014 were crowned champions, so had been looking forward to the trip for a very long time.

There was a very early start on Thursday morning to travel to London, and a 10.20am first match versus Plymouth College (Henry Slade’s former school) brought about a very impressive 19-12 win. Captain Ben Parsons was the star of the show, scoring a hat trick of tries, with impressive work by Joe Blackburn at the breakdown and Tre Campbell offloading several balls.  Tom Rush slotted two from three conversions.

The second group game versus Mount St Mary’s College (eventual semi finalists) saw the Clyst Vale lads a little overawed initially with the powerful, fast and well drilled opponents racing into a 19-0 lead. Despite this, the lads regrouped and Parsons scored a length of the field effort after a great catch from the restart from Josh Urwin-Barrett. Parsons shortly added another two scores to tie the scores at 19-19, with Rush converting two from three again. At this stage, MSM were on the ropes and a huge upset was on the cards. Unfortunately, despite some superb defensive efforts from Fred Worth and fitness from Charlie Sparkes, the boys succumbed to a 33-19 defeat. This was the closest that MSM were pushed until their defeat in the semi final.

The third game against Haileybury was a little disappointing, with a 26-21 defeat, Parsons with two and Blackburn with one, with three Rush conversions. This was a game that got away from the CVCC lads, who only started truly believing they could win during the latter stages of the game, with Haileybury scoring a length of the field try in the last play.

The last scheduled game of the day, which the boys were really looking forward to, was against Robert Clack, who frustratingly withdrew an hour before kick off. This meant that CVCC had a walkover and finished overall second place in the group, which could have easily been first on a different day! This allowed a 6 v 6 in house game to be played, with Fin Potter demonstrating his excellent restarts, Barnaby Bilton showcasing his finishing skills, Alex Rogers his bags of pace, Charlie Roberts his hard work and determination, Harrison Tarrant his sharp eye around the breakdown and Zack Killian’s straightening of the line in attack.

The boys represented themselves superbly well in their overnight stay at the hotel in WImbledon and thoroughly enjoyed their morning guided tour of the Twickenham Stadium. The whole group were a true privilege to take away and showcased Clyst Vale in the very best of ways. 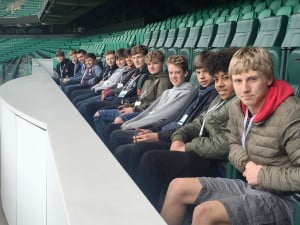 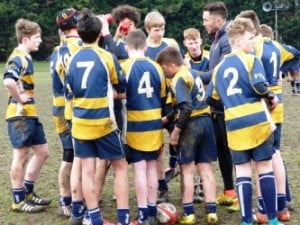 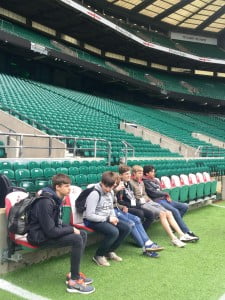 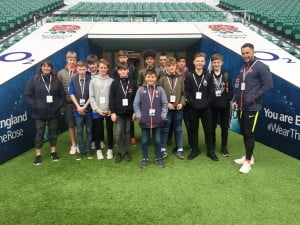 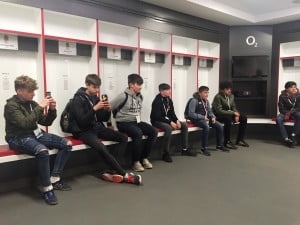